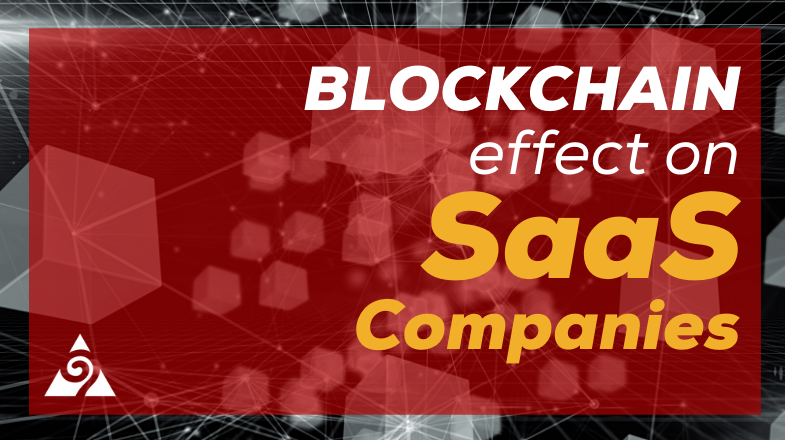 Blockchain is a transformative way to securely store data, and anyone involved in SaaS should know about the blockchain effect on SaaS companies. Blockchain is a relatively new technology, and it’s going to continue to affect the SaaS industry for the foreseeable future. What started as a technology primarily for cryptocurrency, such as Bitcoin, has expanded to become an exciting possibility for various industries.

Blockchain technology, aptly named, is “blocks” of data connected together in “chains” or databases. All the data, usually transaction receipts and customer information, get coded with cryptography for maximum privacy and security. The blocks are stored in chronological order with timestamps. 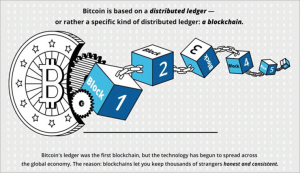 Blockchains are decentralized. This means that people from different networks at different companies can all access the same information. Furthermore, no one can alter or delete any of the data.

While blockchains are primarily used as digital ledgers, their possibilities with SaaS are much broader than just recording transactions.

How Blockchain Can Enhance SaaS

SaaS is a unique industry, so it requires unique technologies and strategies. Numerous different industries have adapted blockchains, but at Augurian, we eat, sleep, and breathe SaaS, so we have specific insight on how blockchains can enhance SaaS. The effects of blockchain on SaaS include:

It is common and normal for consumers to be worried about their personal data. Usually, signing up for software as a service requires giving a lot of personal information such as email, full home address, and credit card information. This can make people feel vulnerable to spam and scams, or worse to theft or harassment. The transparency and security that blockchain databases provide help bring peace of mind to your customers.

The bottom line is that digital security breaches happen. Blockchain is a new technology and has the potential to provide a new level of security than previous solutions have offered.

To keep data secure, blockchains use cryptography hashing. In other words, they use a specific type of algorithm to encrypt the data. What’s special about hashing algorithms is that they can take varying amounts of data and package them into blocks of the same size. Each equally sized block of data links to the blocks before and after it through the hashing functions.

Because these connected chains are decentralized and available on different networks simultaneously, someone would have to alter all or most of them at exactly the same time in order to effectively hack the blockchain. This also means that the more blocks you have, the more secure your data becomes. 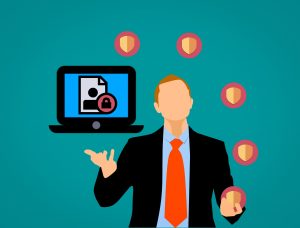 This is likely part of the reason why blockchain as a service continues to grow in popularity. Its value only appreciates the more a business uses it. In fact, many experts consider blockchain technology to be the safest way to store data.

Sometimes security threats are internal rather than external. But blockchains protect companies and individuals against those threats as well. No one can alter data in an existing block without explicit permission. This eliminates the possibility that a company may manipulate sales data. If a transaction is reversed or some other change is made, the original data stays as is and new data is entered into a new block. This increased level of security is a positive blockchain effect on SaaS companies and consumers.

Transparency is an inherent part of blockchains. All transactions and other vital information stored in the blockchain are viewable by all the parties that have a decryption code. Each decryption code is unique, kind of like a digital signature.  This adds another layer of security through transparency because anytime someone attempts to alter the data, you will know who it was immediately. In an event like this, the system automatically takes away that person’s decryption code, and the other members of the network receive notifications.

There are two kinds of blockchain networks: public and private. Public networks such as Bitcoin are open to anyone willing to pay for them. This means that Bitcoin’s transaction records are available for anyone to view. Conversely, private blockchains are not available to everyone. Private blockchains may also not be completely decentralized which could affect their level of transparency. More decentralization and transparency through public blockchains may have a positive effect on SaaS companies doing business with other companies as it puts them on equal footing with each other.

Many of the up-and-coming SaaS companies could benefit from the use of public blockchains. These include apps and websites that have sharing functions such as Canva and Spotify. Experts predict that blockchain technology will have large impacts on healthcare services and educational institutions. Large, well-established companies such as Anthem Blue Cross and The Open University already use blockchain technology. Transparency is especially important in these fields since individuals are entitled to their medical and educational records by law. 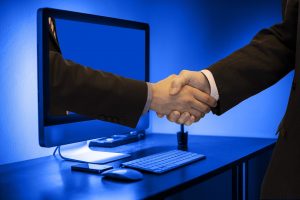 Trust is an important part of SaaS because customers want to know that their data and information are secure. Because of the security that blockchain provides, companies can engage with each other without worry. This is especially important for B2B sales which are often long processes that require a lot of interaction between two companies.

Since many SaaS companies sell to other businesses, this shows how blockchain can enhance SaaS. Companies that don’t have an existing relationship can do business without worry. They can both access data and transaction records in the blockchain with their personal code. However, because no one can change or delete the data, this shared access is safe and transparent for everyone.

The impact of blockchain on SaaS varies depending on the type of software solution. For example, blockchains are ideal for medical software solutions because they allow for the easy and secure storage of medical data. Just like transaction receipts and customer information, any medical data stored in blockchains are coded and unchangeable. This will help to build trust between consumers and companies that collect and store sensitive information.

We found that automation is a key element that companies should be looking for in the marketing technologies that they use. Implementing blockchain is an excellent addition to your tech stack. We expect the demand for automation to continue to grow as the subscription model continues to become more and more popular.

Software as a service blockchains can also increase the ability to automate sales. According to a paper on blockchains and SaaS, many processes can be automated. They include:

Smart contracts are a unique and futuristic element of blockchain as a service. Similar to other forms of smart technology, smart contracts operate using “if this, then that” statements. These statements are based on pre-established contracts and enable automation of various services. Customers will be happy with the speed of these automated transactions, and SaaS businesses will love the efficiency of it all.

More About The Blockchain effect on Saas Companies

One primary blockchain effect on SaaS companies is the availability of cryptocurrency as a payment option for the service.

Integration is also key to effectively using blockchain technology. If blockchains won’t work with the systems you are already using, they may be more hassle than they are worth. So, another blockchain effect on SaaS companies will be an increase in products, solutions, and services that are compatible with blockchains. Integration drives up efficiency and accuracy for both intra-business and inter-business processes.

The Cost of SaaS Blockchains

Blockchains can help keep costs down. There is no IT company controlling the blocks of data. Instead, after they are set up, blockchains practically manage themselves. And, as I mentioned earlier, they gain value the longer you use them because they become more secure.

Based on all the benefits of blockchains, they are worth the cost even when using a blockchain service provider. If you are looking for more personalized advice on the impact of blockchain on SaaS for your company, reach out to us. We’re ready to chat with you about this innovative new technology and how it can help you increase your profits.

The Downside of SaaS Blockchains

While it’s easy to get wrapped up in all the amazing blockchain effects on SaaS companies, it’s not perfect. No technology is, of course. So let’s look at the areas where blockchain falls short.

Blockchain may not offer the scale and speed that SaaS companies are looking for. SaaS is an extremely fast-paced industry. It is yet to be proven whether blockchain can keep up. We will have to wait and see.

Another effect of blockchain on SaaS is that it has the potential to make small SaaS companies less protected from hackers. Due to the nature of how blockchains are secured, the fewer blockchains there are, the easier it would be to steal and alter data within any of the blocks.

It seems there may be a sweet spot as far as company size goes in order to get positive blockchain effects on SaaS. Companies struggling to find information because the technology is so new may feel unsure as to whether blockchain is right for them. However, it’s clear that blockchain technology isn’t going away anytime soon. You can take your time in determining whether to take the plunge into blockchain and possibly into cryptocurrency.

Blockchain technology requires a lot of computing power. Some SaaS companies, especially start-ups and smaller companies, don’t have the resources to create blockchain infrastructure. That’s where BaaS comes in.

Here are our picks for the top three most notable blockchain service providers:

IBM is arguably the number one blockchain service provider in the game right now. It uses the reliable Hyperledger Fabric blockchain platform. As a large, reputable company, IBM has the capacity to host large-scale software as a service blockchains from a variety of industries including: 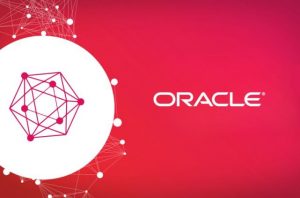 Oracle’s blockchain service combines blockchain technology and SaaS to maximize collaboration, automation, and efficiency. They offer public and private blockchain solutions for companies big and small. The benefit of going with a company like Oracle is that your blockchain service can grow with your company. You won’t have to worry about out-scaling your BaaS.

We are just beginning to see the blockchain effect on SaaS companies. Blockchain technology is powerful and full of possibilities. However, it’s also complex, and companies need a large computation capacity to operate a blockchain. We are very curious to see how blockchain will impact business, and SaaS in particular. If you’re also interested in this topic and want to chat about blockchain technology – please reach out. 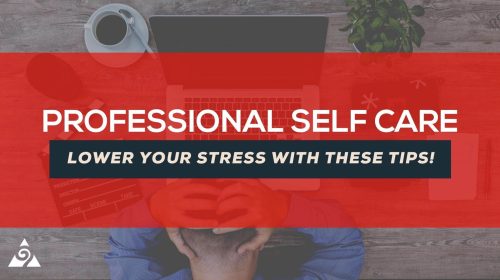 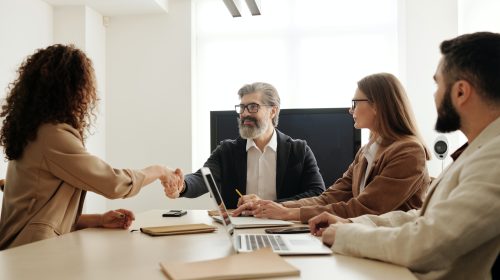 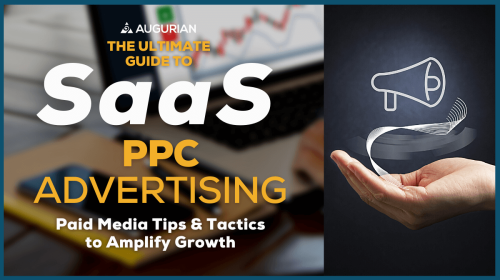