Since I was a kid, I’ve been very intrigued by other languages, especially Spanish. As I watched Dora, got signed up for Spanish summer school and began to meet people from different backgrounds, I knew that I wanted to become fluent. I eventually decided to major in both Marketing and Spanish during college and hoped that I would someday find a career where I could utilize both skills. Don’t get me wrong, I was ecstatic when I found out that I got a job in Digital Marketing. I just didn’t think I would have a chance to use my language skills.

Fast forward just a few months, and I found myself working with a client who was selling their product in Southern California. From a quick look at search terms, I noticed a great deal of them were in Spanish. Based on this initial discovery, there were two major ways to move forward with this.

While option 1 would be much easier & quicker, we decided to go with option 2 which we knew would have a greater effect on our success. With the help of my college BFF WordReference, Google Trends and a bunch of other handy tools (such as Google Keyword Planner, SpanishDict, and our own internal processes) I translated the campaign completely.

>> You can also check out my post: 5 Tools to Translate Paid Search Ads and Campaigns

I was thrilled to be able to use my skills, while also helping this client reach a whole new audience in the language of their choice.

With successful campaign translation, you can expect to:

A few months later, another client asked about testing out new Spanish-speaking markets. With additional research, we decided that Brazil would be a good place to start. Now, Spanish is quite similar to Portuguese, but I did not have confidence that translating our ads to a language that “seems kind of similar” was a foolproof method. A lot could go wrong… if our translation was incorrect, we could appear that we don’t know what we’re doing, we could say something offensive by using a colloquial term incorrectly, the list goes on and on.

Fortunately, Google Ads recently released a new feature where they are able to translate whole campaigns to the language of your choice. While I wouldn’t usually implicitly trust the generic Google Translate, I have more faith in this tool because you are required to provide a company overview, your target audience and the goal of your campaign. With this extra context it would be less likely to provide an inaccurate translation. While I haven’t yet received the results from this campaign, it’s great to know that I have a tool like this to help me reach a greater audience in an increasingly diverse online search world. 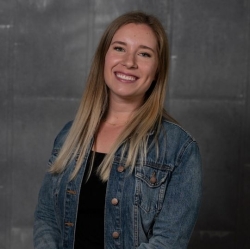