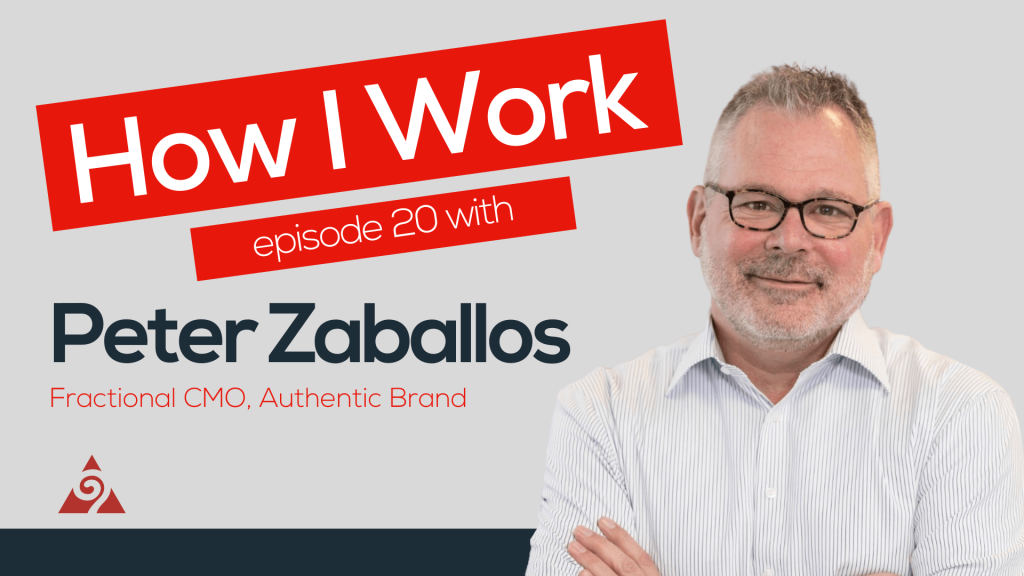 Peter Zaballos is a Fractional CMO at Authentic Brand, a community of Fractional Chief Marketing Officers helping growing businesses build revenue and achieve healthy growth through a unique business model. Peter is a seasoned CMO that turned his 2.3 college GPA into a laundry list of SaaS success stories ranging from small tech startups to unicorns.

How I Work, Episode 20 with Peter Zaballos (Authentic Brand)

Peter joins Josh Becerra in episode 20 of How I Work to give insight into his user manual, a one-page document that lists the things he expects of himself and of the people he works with – and the concept of Right-A-Lots that he learned from Amazon and why he values it so much. Plus:

Explore more 100% free, curated content from leaders in the SaaS marketing community at https://augurian.com/saas-scoop/. Or visit our blog to find more digital marketing tips and ideas.

Want to learn more about Augurian? Listen to our core values or reach out to speak with an Augur today about your marketing strategy and digital advertising performance.