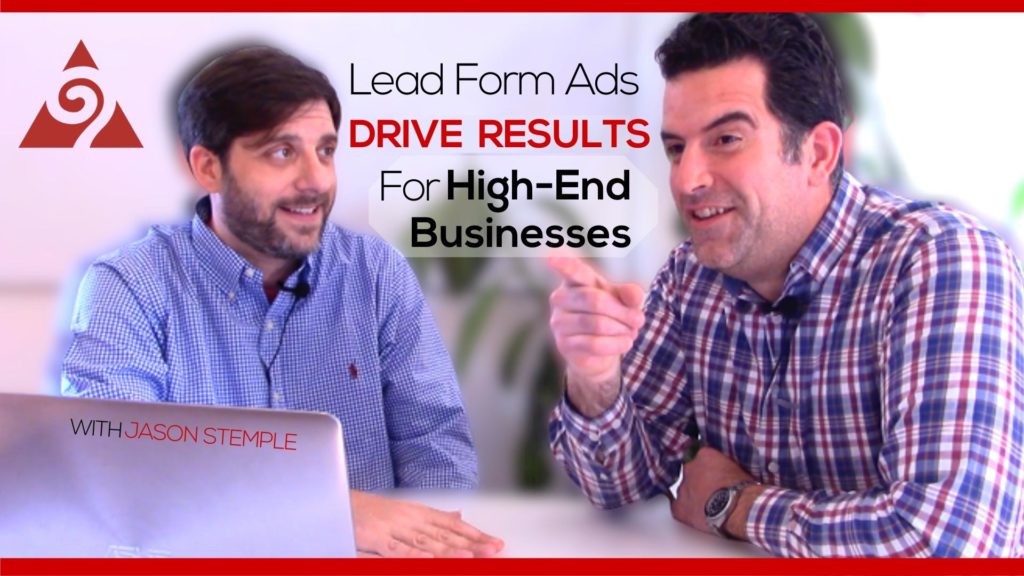 Senior Manager Jason Stempel explains how we drove a massive increase in leads for a client selling luxury products. Watch to find out how he used automated bidding on Google and lead form ads on Facebook to reach people in-market for high-end home goods.

Josh Becerra: Hi, everybody. This is Josh Becerra from Augurian, I’m here with Jason Stempel. Jason and I were talking about some great results we’ve just been getting from a luxury manufacturer client of ours. We’ve seen some huge increases in lead volume, over 470%, as well as decreases in the cost per lead by over 80%. How are we doing this?

Jason Stempel: These are some really fantastic results. Previously, our client was exclusively running advertising on Google ads. Just for a little bit of history, the luxury products that they manufacture and advertise are up against increasing competition in Google search results from advertisers who were selling a much cheaper item. It was difficult to compete against these advertisers because they would get just as many clicks, but more people, the average Joe is able to afford this other seller’s item.

Jason: The first thing we did was make some adjustments in Google ads. Before, we were trying to advertise at the top of Google search results alongside these other advertisers. Instead, what we did was we changed our bidding strategy to maximize impression share at around 90%, and we dropped our bids by saying we were willing to advertise anywhere on the first page as opposed to the top of the first page.

What we learned by doing this was: number one, average cost per click on Google ads went down significantly. Those top three positions in Google ads search results are maybe 80% more expensive than just being on the first page of results.

Josh: We’ll let the people who are selling the cheaper items take those and compete for those.

Jason: Yes, let them compete for that. What we learned is that the people who are in market for our client’s luxury items were willing to scroll down the page further because they weren’t seeing what they were hoping for from those cheaper advertisers, or from those advertisers selling cheaper products.

Josh: Did the ad copy change? Or what happened to make sure that the person who was scrolling down said, “That’s the stuff I’m looking for. I’m clicking on that.”?

Jason: That’s another great point. We did change the ad copy. Previously, we had been running ads that looked on the surface more similar to our client’s competitors, except our client’s competitors were advertising these low price points. We were trying to initially advertise the style of these products. We replaced these ads with new ads that focused more on the empathy for a luxury buyer, focusing on things like customization and bragging about the scope and size of other customers who would buy this type of luxury item.

Josh: They saw it and they were like, “Oh, wow, they did that for them? Then they can build that for me too.”

Jason: That’s exactly what happened. Then lastly, we improved the landing page. The client had recently gone through a full website redesign, and through that process, which as any business knows, is challenging and a big deal. Paid media landing pages hadn’t been developed. We were driving traffic to the homepage and some other pages on their website, but not a page that had a form, and had a piece of gated content that was inspiring and enticing for someone to say, “I want to fill out this form so I get this piece of content.”

Once we switched over to the new landing page design with the gated content, we saw conversion volume really skyrocket, and we saw cost per conversion decline quite a bit too. We were able to double our lead volume on Google ads month over month.

Josh: Wow, they must have been ecstatic about these big swings.

Jason: It was fantastic.

Josh: Yes, that’s great. I know that there was also some Facebook lead gen forms that were put into place, tell us a little bit about that.

Jason: This was the biggest of the home runs, to drive traffic and leads. Previously, we had not run Facebook for this client, and then we started out running Facebook with some standard banner ads in the News Feed, and we found that that just wasn’t driving lead volume.

We decided to try something different, and we decided to build out a Facebook lead gen form. It’s a really easy process. I could see a lot of people saying, “Well, Facebook could drive a ton of leads, and maybe the quality isn’t great,” but we made some changes to these forms to customize it so that we could get really high-quality leads. Something we did was we built into our form; the shopper’s first name, last name, business name, business email address, business phone number, and then a drop down where they could tell us specifically which style of product they were most interested in. Being able to collect all that information in a lead gen form, right in the Facebook interface, right through the News Feed, it was just tremendous.

Josh: If somebody is filling all of that out, then they’re probably pretty serious about getting information, for sure.

Jason: I would say that that’s a pretty qualified person. We’re not just getting their name and an email address, or a name and a phone number, we’re getting a lot of information about them.

Josh: There are also some slideshow animations that happen in Facebook, so I think that was the third key piece of this topic, right?

Jason: It is. That was an advancement as well. Previously, we were running those static banner image ads in the News Feed. Something about this client’s product is, it’s a really visual product. They make these really extravagant-looking items.

Josh: You want to be able to highlight them, and the best way to do that is with animations or slideshows; not just a single animation.

Jason: Yes, and show the variety so people that are shopping can say, “Wow, look at the amazing work, one after the next. This is amazing.” One issue that many clients face is, they’re intimidated by video. It takes so much effort to think through, “What am I going to record? What kind of crew do I need to shoot this?”

One easy way around this on Facebook is with these animated image slideshows. Facebook gives you these pre-fab, pre-made animations, that would be transitions between different images. It even gives you a cool place to upload your logo. You could have a transparent background on your logo if you want. We created some image slideshows–

Josh: You don’t have to be a developer or a video producer to do this, right?

Jason: No, not at all. Just some photos, honestly, some photos and 10 minutes of your time. We were able to create video slideshows that really wowed the audience, and it delivered a tremendous result, 199 leads in one month. 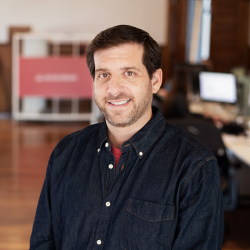