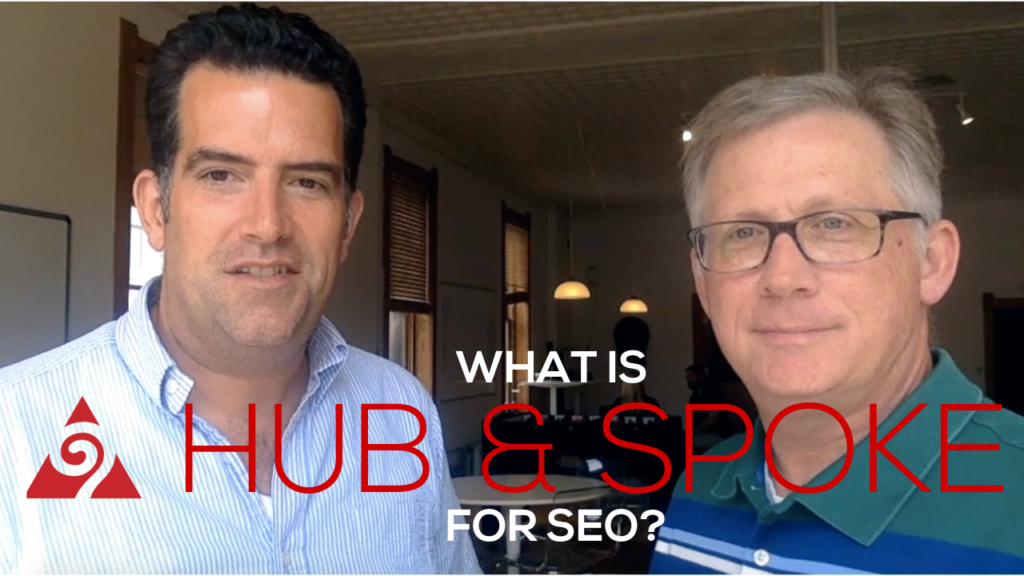 Check out this great video of Josh talking with guest, Mark Palony from Brandpoint about the hub and spoke content model that they’re using with their clients.

Josh: Hey everybody, it’s Josh from Augurian, I’m here with Mark from Brandpoint.  They’re an awesome content marketing agency here in the Twin Cities.  Mark and I were just having a meeting and I thought I’d grab him for a quick video.  He was telling me a little bit about this Hub & Spoke Model that they are promoting and I think it’s pretty cool.  So why don’t you tell us a little about what that is and why people should use it.

Mark: Yeah, absolutely. So the whole idea behind Hub & Spoke is it’s a way to amplify the power of your content.  So a lot of people are doing white papers, ebooks, or other gated content and they may post it to their website and then write a blog post about it, say “Hey, go download this”.  But they are missing out on something huge. And that is being able to really leverage that asset to write not just one or two or three but really seven, eight, ten, twelve different posts all coming out of that same piece.  It ramps up their SEO, it drives organic search, and you could have an asset that you could post today and five, six, seven years from now you’re still driving traffic.

Josh: Yeah, of those 7 different posts what changes? Are you changing the format of it? Are you pushing it through different publishers or different social channels? Like, what does that look like?

Mark: Yeah, using all your channels to drive the content out there. But the key is to take a large piece of content and parse it out into different parts, different sections and then dive deeper into each one of those sections. So rather than a paragraph or two, we’re talking eight, ten, twelve, fifteen hundred words on that particular section.

Josh: Yeah, got it, very cool, at Augurian we are starting to create longer form video and we’re going to try to turn that into stuff that’s transcribed or maybe turn it into audio, kind of as a podcast, so we’re going to start doing some of this stuff. But who are you guys working with, or anybody out there right now, that is totally knocking the socks off of Hub & Spoke that people could go take a look at?

Mark: Yeah, so we recommend it to all of our clients that are looking to drive organic traffic. If they are looking to increase organic traffic this is something that is key to that.  One of our clients right now that is really killing it is Erie Insurance, out of Pennsylvania.  We implemented this with them sometime ago and the amount of traffic they are driving off of Hub & Spoke is beyond what they ever thought they would be capable of doing.

Josh: Awesome!  Yeah.  Well, I really appreciate your time, thanks for doing this with us.